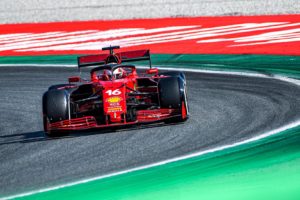 Qatar’s Losail International Circuit will hold its first-ever Formula 1 Grand Prix on November 19-21, with the country set to host the 20th event of the 2021 season, as well as signing an additional 10-year deal to host F1 from 2023.

The Qatari circuit is most famous for its association with the world of two-wheeled racing, with Losail having hosted the MotoGP series since 2004. Ooredoo, the international communications company, will be the title sponsor for the event.