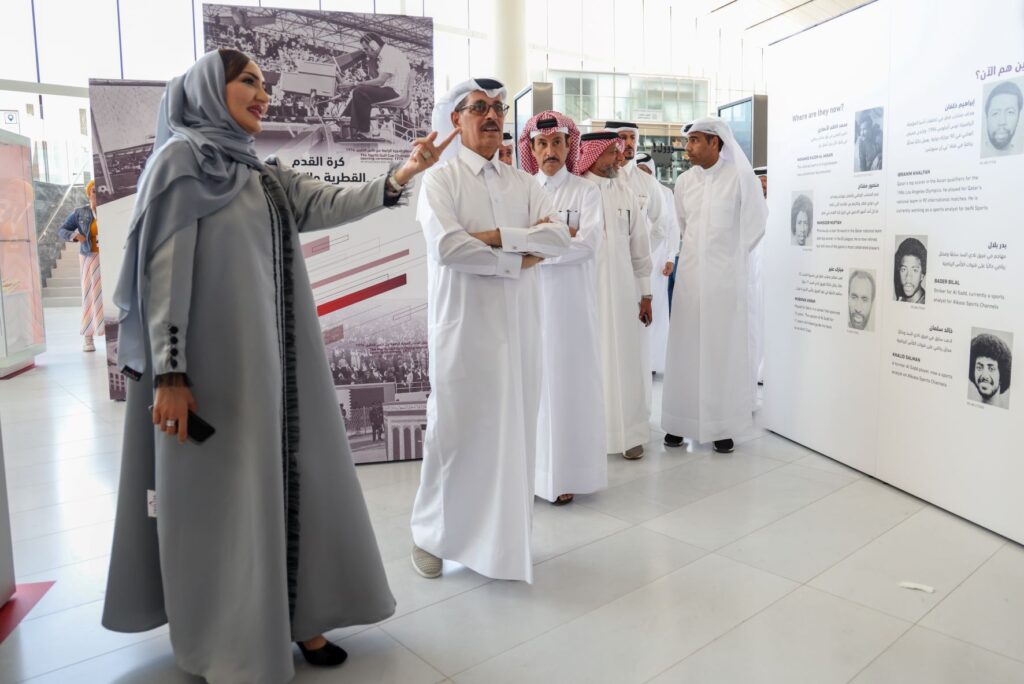 Doha, Qatar – 16 November 2022 – Qatar National Library has opened an exhibition to celebrate the growth and history of football in Qatar as the nation gears up to host the FIFA World Cup Qatar 2022™, the first time the world’s biggest sporting event will take place in the Middle East.

The exhibition, titled: “Goooal! How Football Kicked off in Qatar”, kicked off on 15 November and is set to run until the end of February 2023. It depicts Qatar’s footballing journey, providing insights into the game’s origins and familiarizing visitors with how the sport began and developed throughout the decades and in the lead up to this year’s tournament.

Qatar hosted its first major international tournament in 1988 when it organized the AFC Asian Cup. It further won the Asian trophy for the first time in 2019, having previously won the Gulf Cup tournament in 1992, 2004 and 2014.

Commenting on the occasion Dr. Al-Kawari said: “This exhibition adds momentum to the great football celebration that our country and the world is witnessing, and this important global event serves as a unique opportunity for cultural exchange and understanding between people from around the world.

“Qatar’s hosting of the FIFA World Cup is a perfect example of the country’s belief in sport as an influential soft power within cultural diplomacy that will strengthen our ties with all countries of the world. The opening of the exhibition today is of great importance as it showcases the rich cultural and documentary material of football in Qatar for World Cup fans and the community to see,” he added.

This year marks Qatar’s participation in the World Cup for the first time, more than half a century after the Qatari national team played its first-ever competitive match in the 1970 Gulf Cup. The youth team gave Qatar its first taste of international success in 1981 when the national team made it to the final of the World Youth Championships in Australia after famously beating both Brazil and England.

Hosted by the Library, the exhibition showcases these achievements among others to shed light on Qatar’s sports history in line with the Library’s mission to preserve the country’s heritage and spread knowledge.

Qatar National Library acts as a steward of Qatar’s national heritage by collecting, preserving, and making available the country’s recorded history. The Library provides equal access to all types of information and services and aims to enable the people of Qatar to positively influence society by creating an exceptional learning and discovery environment.

His Highness Sheikh Tamim bin Hamad Al Thani, the Amir of Qatar, officially inaugurated Qatar National Library on 16 April 2018. The Library was granted the status of national library under the Amiri Decree No.11 of 20 March 2018.