The Street Child World Cup, held in partnership with Qatar Foundation (QF), kicked off at the Oxygen Part in Education City yesterday with 28 teams from 25 countries.

The event, which will be held until October 15, aims to highlight the challenges that marginalised children face, and the fundamental rights they lack, as well as to give them a voice – a platform – to drive change in their communities and beyond.

Held in the lead up to the FIFA World Cup Qatar 2022, the tournament, now in its fourth edition, features two teams from Qatar comprised of students from Assalam Schools, initiated by Education Above All’s Together Project and Qatar’s Ministry of Education and Higher Education as well as Qatar Academy Doha (QAD) and Qatar Academy Sidra, which fall under QF’s Pre-University Education.

Muhammad Jihad, from Jordan, a 14-year-old student at the Fourth Assalam School, said: “I’m excited about the tournament. It’s not just about football, it’s about the rights of children as well. The aim of this event is to try and get our message across to the rest of the world that children should have rights.

“The Street Child World Cup has made me look at life from another perspective and understand different children. It will give us as students, the opportunity to highlight the challenges that many of these children face. I’m hoping that by taking part, we’ll raise awareness and significantly improve their lives.”

Alongside the training sessions, where students practised football drills, identified plays, and learned to work as a team, the young boys and girls also studied in the classroom, learning about the basic rights of people, and, more specifically, the rights of children and the policies that are in place to protect them. Mohammed Al Banihussain, a 15-year-old QAD student, said: “I wanted to be a part of this initiative because I think that every person should have a chance and a voice, and that their fundamental needs should be met.

“I believe this is a fantastic chance for me to learn about the difficulties that others my age have faced. These young people should have a chance to voice their needs, their wants, and express themselves.”

Legacy plays an important role in the Street Child World Cup, and – alongside the football tournament – the participants will also take part in the General Assembly, where they will advocate for the rights of marginalised children through a formal pledge titled, “The Qatar Commitment”.

“Qatar Academy Doha is an IB school, so a lot of the teaching we do is about being internationally minded,” said Richard J Boustead, Athletics Coordinator, Qatar Academy High School, the coach for the boys’ team.

“The Street Child World Cup is going to be a powerful learning experience for our students, it will help them understand what is happening here and around the world, as well as understand how they can help.”

A key component of Street Child World Cup is empowering young people to enact change within their local communities. And, according to Boustead, the Qatar teams have been looking at what is happening locally. 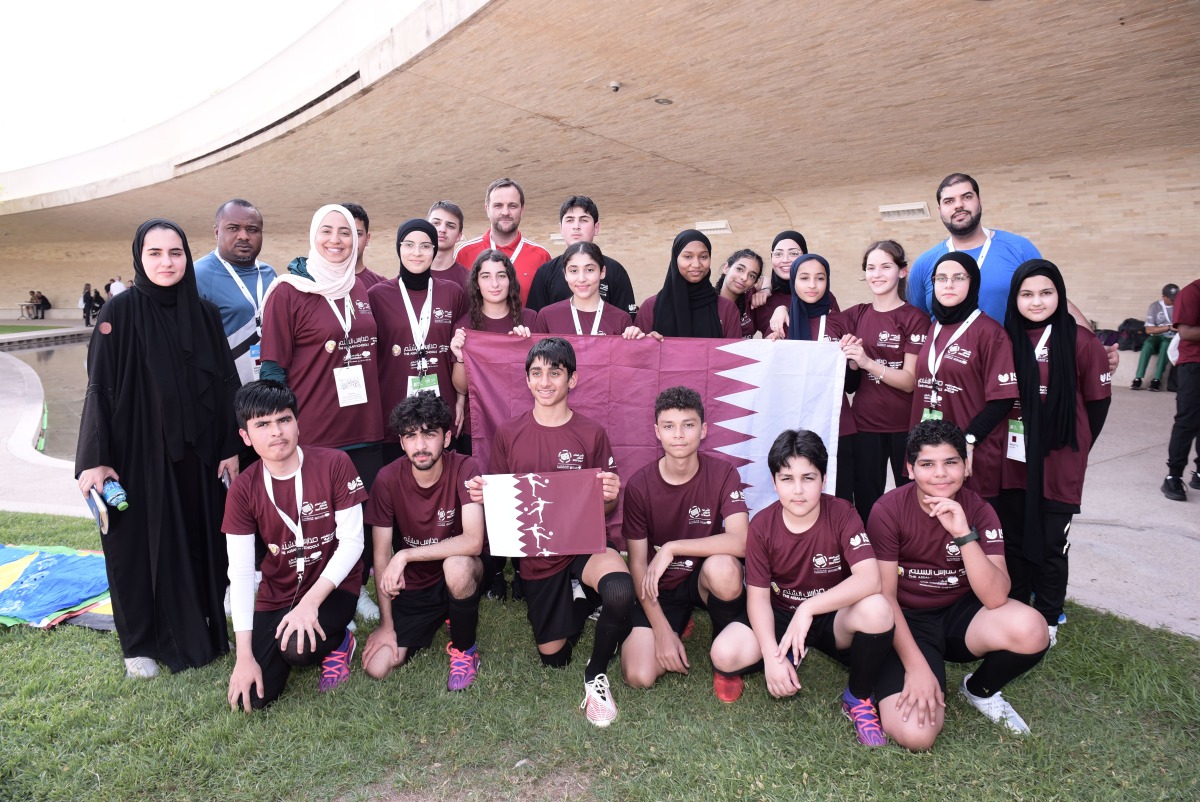 “For example, what rights are not being met, what can we do about it, and through what channels, what action can be taken to make a difference, whether it is a regional issue or a worldwide issue, and how can we help?”

According to Boustead, there was a strong response from QF students, with many young people applying to be part of the programme. Those selected were not chosen because of their football skills, but rather their interest levels and willingness to help.

The competition is being held at Oxygen Park in Education City, and it is open to the public. Audio descriptive commentary in Arabic will be available during the matches for spectators who are blind or visually impaired.