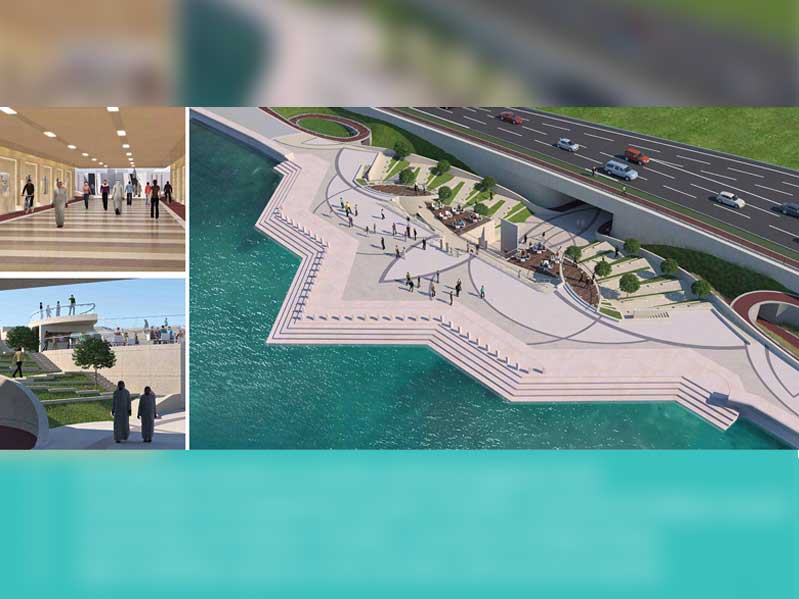 Doha: The Supervisory Committee for Beautification of Roads and Public Places in Qatar has announced that one part of Doha Corniche Development Project will be opened soon.

The official said that the section scheduled to be inaugurated will be open exhibition spaces carrying artwork displaying Qatari identity, along the Corniche.

Speaking to Qatar Radio, Kafoud said that cycling tracks have been added along the Corniche Street and more open exhibition spaces are being created with special designs and artworks at other four places at the Corniche.

She said that the most important under-construction projects of the Supervisory Committee are Development of Doha Corniche and Doha Central Area.

“The Doha Corniche is one of the most beautiful seafront attracting lot of tourists  and this is why it was chosen for development,” said Kafoud.

She said that the Corniche is being developed in a way to keep the Qatari identity echoing memories dating back to decades for visitors.

Regarding the Doha Central Development and Beautification Projects, Kafoud  said: “The project comprising Doha Downtown and Old Aswaq Area has been attracting a large number of visitors and tourists, for example, Souq Waqif which was developed on the pattern of advanced cities.”

“The projects also include modifying façades of several buildings at the Corniche. Other projects include development of beaches including Ras Abu Abboud close to Stadium 974, and West Bay beach.”

She said that central parks development projects of the committee includes a number of public parks, for example Al Gharrafa Park which was opened in December 2021 has the first air-conditioned track for jogging.

She said that the massive development projects of road, expressway, intersection, tunnel and flyover to welcome fans of FIFA World Cup Qatar were designed in a way to strike a balance between human and nature.

“The most important role of the committee was to develop pedestrian and cycling tracks to promote healthy lifestyle in the community,” said Kafoud.

She said that the tracks have connected stadiums of mega sporting event, fan zones and to fan accommodations and hotels. “The network of pedestrian and cycling tracks has also been connected with tourist places which are called places of interests.”

“Pedestrian tunnels have been also built at many places. Trees have been planted along most of these tracks to provide natural shades to commuters and to improve the beauty of the areas,” said Kafoud.